Home»English»Industrialization and the growth model in Brazil: a historical overview
English/Trabalhos Acadêmicos

Industrialization and the growth model in Brazil: a historical overview

Paper in the book “Economic Crisis and industrial policies”, edited by Rudolf Traub-Merz.

Brazil had one of the highest growth rates in the world between 1930 and 1980. The share of manufacturing in GDP nearly doubled in one of the largest late industrialisation processes in the twentieth century. Industrialisation happened inside the model of developing domestic markets and was boosted with import substitution policies. In recent decades, however, Brazilian industry has lost dynamism due to the debt crisis of the 1980s, followed by the implementation of n 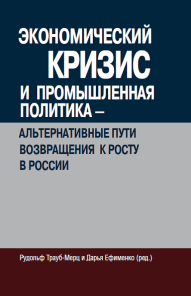 eoliberal policies in the 1990s. Despite the return of industrial policy in the Workers’ Partyadministrations since 2002, the country is still losing ground in manufacturing development.

This chapter offers a brief historical overview of Brazilian industrialisation, based on the understanding that industrialisation should be embedded in an institutional environment propitious to technological catch up. Industrial policies have to be part of a broader strategy, whose internal coherence is essential to achieve the expected results. We believe that the ongoing deindustrialisation in Brazil is associated with the dismantling of the institutional apparatus that promoted industrial orientation and its replacement by another, oriented primarily towards short-term macroeconomic stabilisation.

In Section 2 we discuss the constrained industrialisation period (from 1930 to 1954), which was marked by the breakdown of the agro-export model, the formation of a domestic market capable of sustaining growth and the unleashing of industrial development in Brazil. In Section 3 we analyse the »heavy industrialisation phase« (1955–1979) and highlight the role of government planning, the implementation of policies via stateowned enterprises and the relevance of a developmentalist ideology, which contributed to the construction of an extremely diversified industrial landscape in Brazil.

The catch-up process ended in the 1980s when the country experienced a debt crisis, as discussed in Section 4. Economic policy efforts were reoriented to the repayment of foreign debt and anti-inflation policies, while industrial policy was no longer a priority. In a closed economy with low growth, Brazilian industry gradually increased its technological gap. Section 5 addresses the neoliberal growth model (1990–2002), which introdu 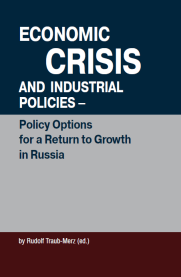 ced a productivity shock to deal with an outdated production structure. This increased consumption and led to modernisation in some manufacturing branches but in general reduced the role of industry in generating income and employment.

In 2003, a new growth model was put in place when the Labour Party came to power. In Section 6, we discuss the return of industrial policies, as well as credit policies and the increasing role of public banks in financing industry and exports. We will also show that exchange rate appreciation harmed industrial competitiveness and resulted in a growing import dependence on the part of the manufacturing sector. Despite the policy efforts and the good performance of manufacturing between 2003 and 2008, the industrial sector is characterised by fragilities, exacerbated by the international financial crisis.

Industrialization and the growth model in Brazil: a historical overview