Macroeconomic Policy for a Social-Oriented Development Strategy – The Brazilian Case

The recent economic trends and the challenges posed by the global crisis reinforce the importance of implementing strategies for development as opposed to leaving the economy to market forces.

Countries need a strategic compass for long-run economic development, either explicitly or implicitly. Among other ingredients, this comprises macroeconomic policies, sectoral policies (including the financial sector, trade and industrial policies), institution building in key areas and development-friendly global governance. Within a chosen medium- or even long-term strategy, governments need more policy space to adjust to the specific (and evolving) social, historical and institutional context.

The experience of Asia shows that rather than implementing narrow and rigid general guidelines, experimental approaches – which require policy space – are a recipe for success. Furthermore, the slow-growth periods endured by several countries (the “lost decades”) allowed inferring which policies should be avoided.

The authors of this publication share the notion that developing countries can and should learn more from each other, as well as from their own past experience. It is important to look at comparisons between developing countries, including both success and failure stories.

In this second volume, four countries are selected based upon the role that they play in the developing world and the current discourses on development: Brazil, Chile, China and India. To a certain extent, they all represent development success stories, at least for a considerable spell of time. Brazil, China and India account for a large proportion of the world population and their corresponding regional GDP. The continental size of these economies plays a role in their development conditions, particularly regarding their domestic markets. By contrast, Chile is a special case as a small country that is among the most developed in Latin America and often considered a role model, yet it remains many miles off the levels achieved by the first generation of Asian tigers, especially regarding its industrial development. 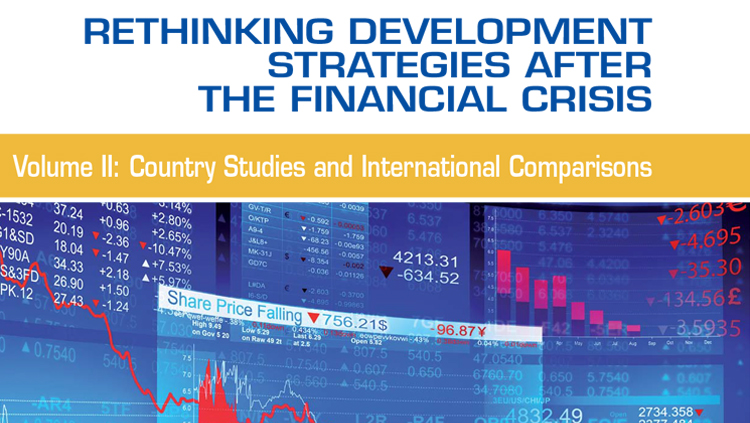 Macroeconomic Policy for a Social-Oriented Development Strategy – The Brazilian Case